MPC-HC ended active development in 2017, but before it did they added in much of the VLC and VirtualDub video capture features in 64 bit.

This is an example of using the Raw UVYV (aka YUV) 422 video capture capability of the Dell / Lumanate Angel II TV Tuner card from an S-Video source. 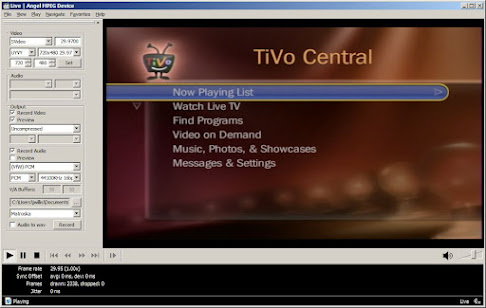 It came to my attention while looking at the File drop down menu that it looked very familar (for VLC) with an option to Open a [File Device...] from there it was a matter of back tracking where the menu for configuring the Video Capture Device was located. View > Options > Capture 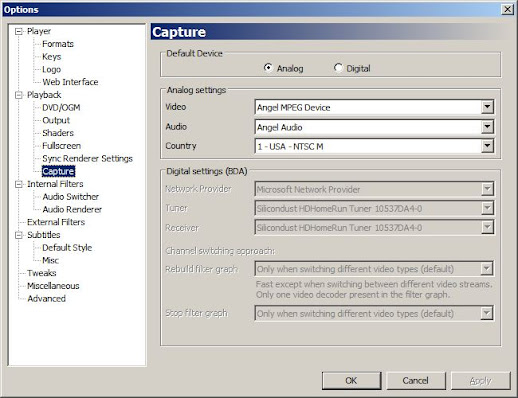 Another Important location is the [ Play > Filters > MPEG Device, Crossbar, TVAudio and TVTuner]

Directshow panels for setting up further details for the card through its device drivers.

For some reason with this particular capture card it can get lost and permenantly configured to not address the UVYV input stream. For one thing the YUV 422 capture capability of this device on a native Windows 7 64 bit device driver that is Windows Media Center compliant is not well documented and only specified on the Lumanate website for one channel, of the dual channel card.

Normally Windows Media Center only uses the Time Base Correction and MPEG2 hardware compression of the card. Its likely MPC-HC gets attached to the MPEG2 output pins of of the Directshow device driver filter modules by default or merit and never search any further. The Play Filter menus "might" offer help in this area.. but I've never been able to make them work after spending maybe five minutes wrestling with it.

The hackery shortcut way to reset this is to open regEdit and wipe a key to return it to a default profile and then try again. It will offer up UYVY as an output choice and start working again.

Simply delete the keys below the node "Capture" and close regEdit and it will rebuild them upon discovery of the card. 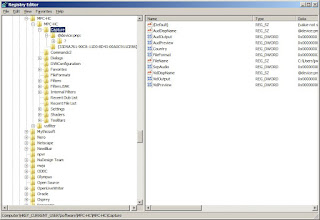 Its not a smooth way to capture with this card, there are a number of unpolished "issues" but it may be smoother with other capture devices.

Notably the versions of VLC that have similar feature menus are a bit harder to configure, even ffshow commandline methods. And people often think VLC is based on Directshow when it is most certainly "not. It reuses a libav codec library sourced from Linux.. so there is no Graph to study.

Since this exposes many Directshow filters is seems like it borrows the menu interfaces but more closely aligns with VirtualDub and Directshow filter models instead.. especially the DMO filters.

I've not tested it with many other video capture devices, but it could prove a very interesting alternative to both VLC and VirtualDub for video capture.