it is not intuitive a USB NIC does not provide PXE support...

rather the BIOS must support a USB NIC by including a BIOS device driver for initializing and using the USB NIC, before that device can be used by a BIOS PXE procedure for network booting 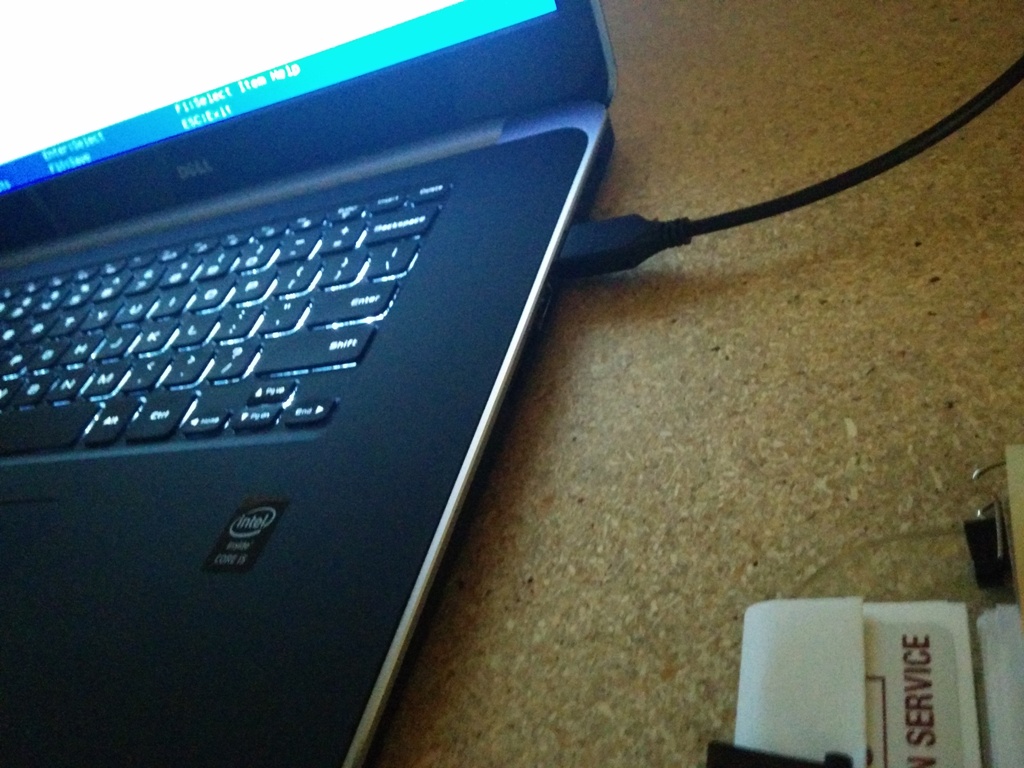 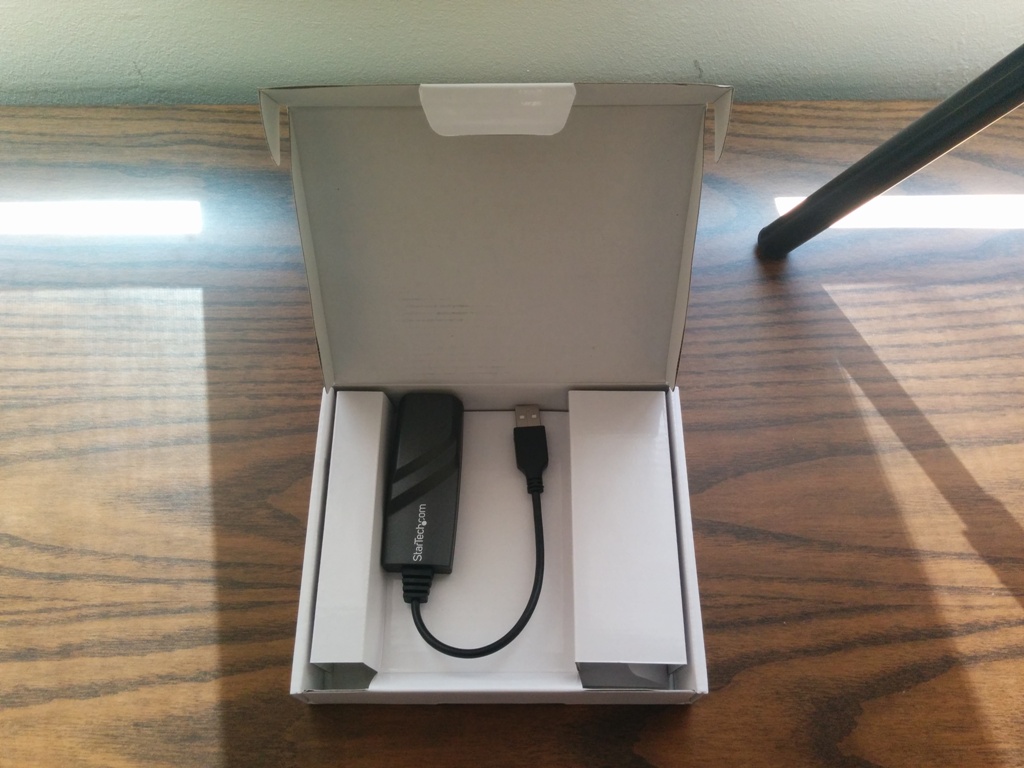 but like virtual machine technology "older" and more "commonly available" USB NIC devices that have been in the market place for a long time, or have looser licensing rules for including their reference device driver code in System BIOSes, tend to be "more likely" to be supported

PXE booting, or booting off the network, implies a device is ready to be used by the BIOS procedure for obtaining a network address, downloading a network bootstrap program (nbp) and then a network enabled boot program that runs in minimal available memory (a kernel, winpe, ect..)

when installing an operating systems like Windows 7 using PXE booting, at some point the USB NIC will be reset to transition away from using the PXE booted program to using a native installer -- like the winpe environment 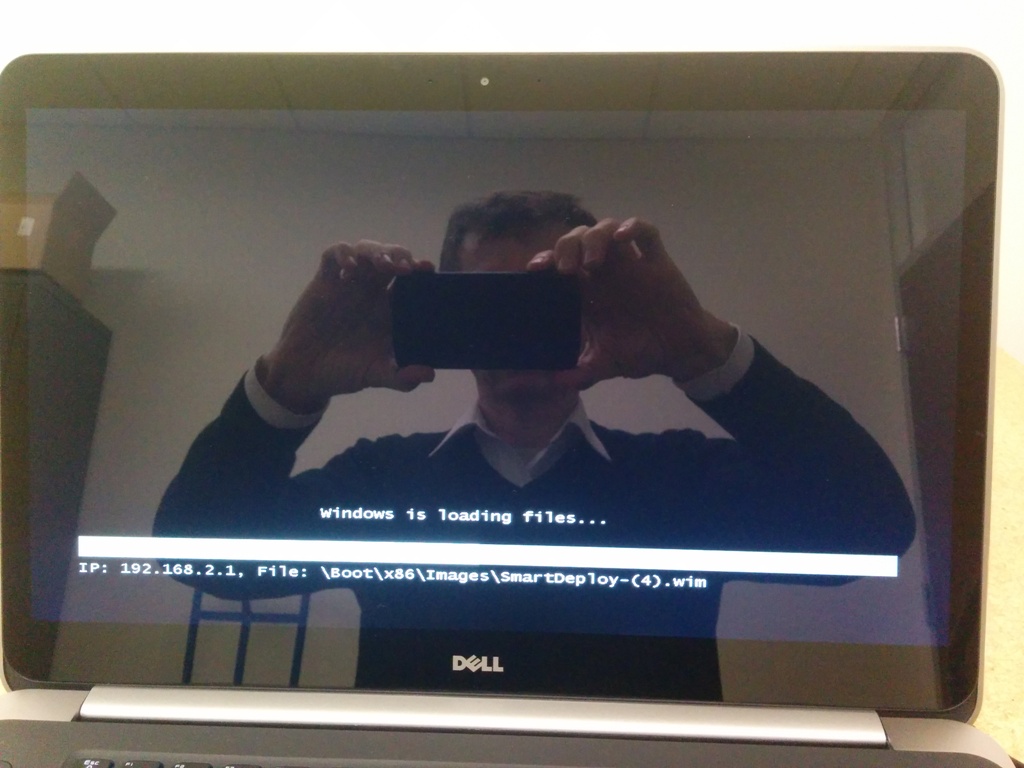 notebooks generally still come equipped with multiple USB 3.0 ports and at least (one) USB 2.0 port just for such occasions, they are either plainly labeled as USB 3.0 and USB 2.0 or the USB 3.0 ports will have an extra "ss" in tiny letters to distinguish them as "super speed" (aka USB 3.0) capable -- the "one" port without the tiny "ss" letters will be the USB 2.0 port

the XPS 15 9530 notebook is generally the same as the Precision M3800 notebook, except for the secondary GPU and the choice of high resolution display, while the XPS is a "gamers" consumer class machine and has Windows 8 supported device drivers (only) the M3800 is an "enterprise" business class machine and has Windows 7 and Windows 8 supported device drivers available

cons to installing Windows 7 on an XPS include, if using the ultra high resolution screen the DPI may need to be scaled to 125 percent to be able to see the tiny pixels, and Windows 8 includes a separate DPI mode for each screen - if sharing a desktop with a second monitor, each can run at a different DPI, this is not the case when using Windows 7 there is only one DPI mode for all screens 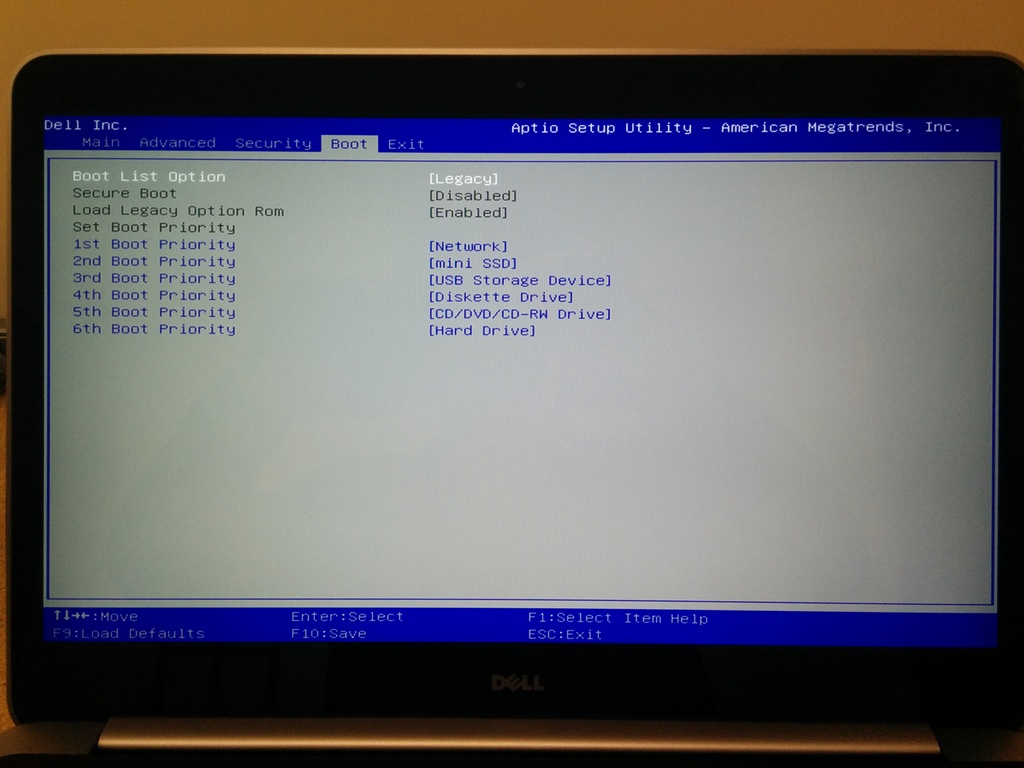 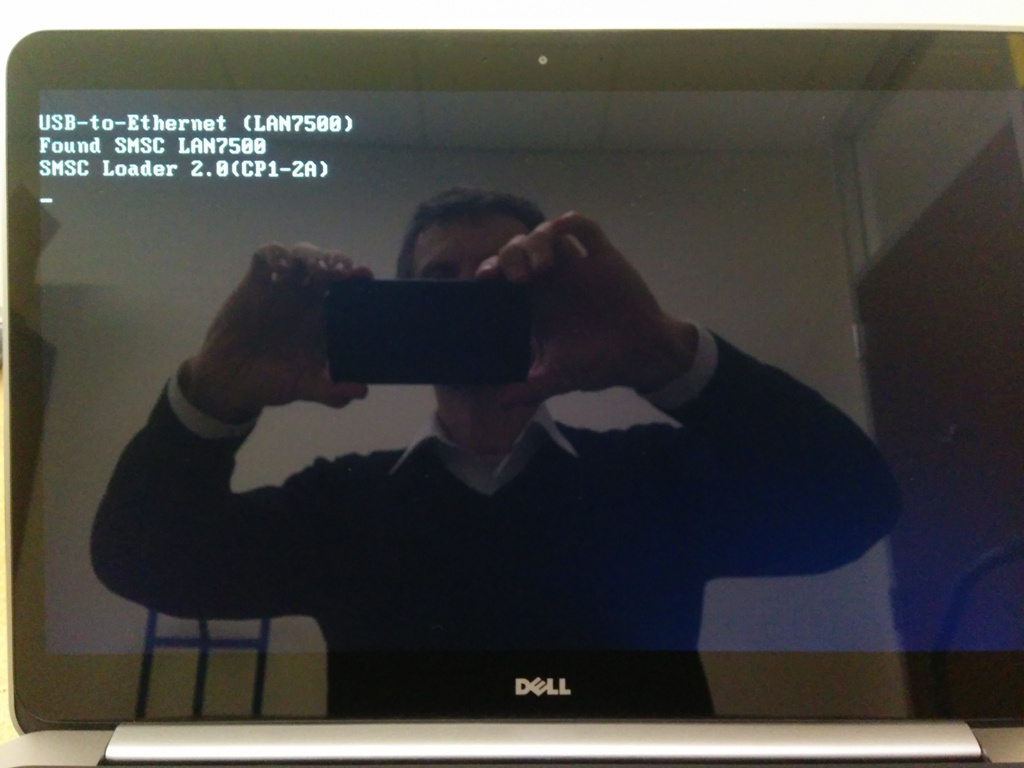 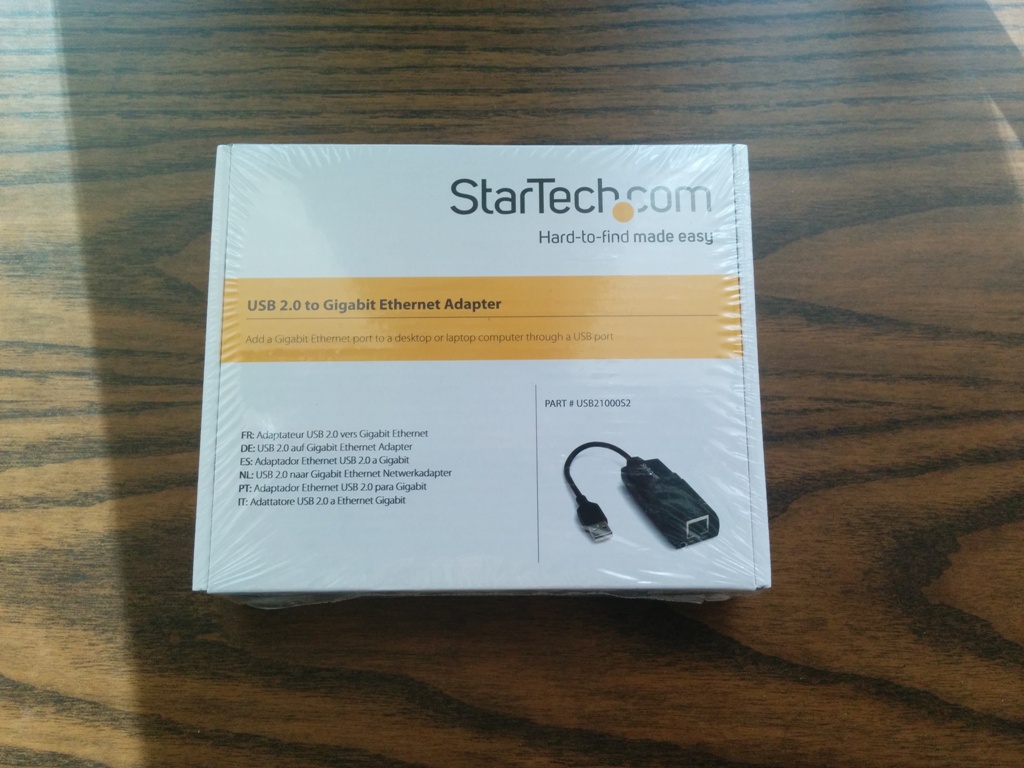 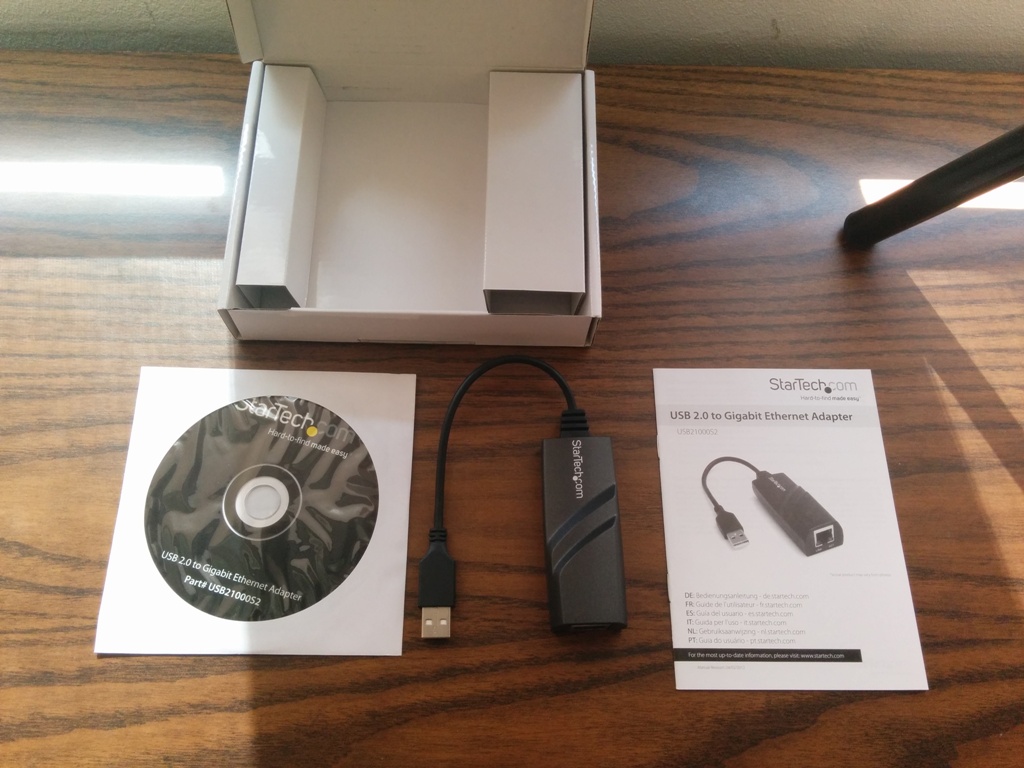 the USB 2.0 NIC types should work with PXE boot installing Windows 7, however the USB 3.0 NIC types would only be appropriate for PXE boot installing Windows 8; for the reasons mentioned before, Windows 7 does not include host controller support for USB 3.0 ports - thus even if the USB 3.0 device would work in a USB 2.0 port, you would still be constrained by the speed of the USB 2.0 port (480 mbps) versus the speeds in a USB 3.0 port (4800 mbps) 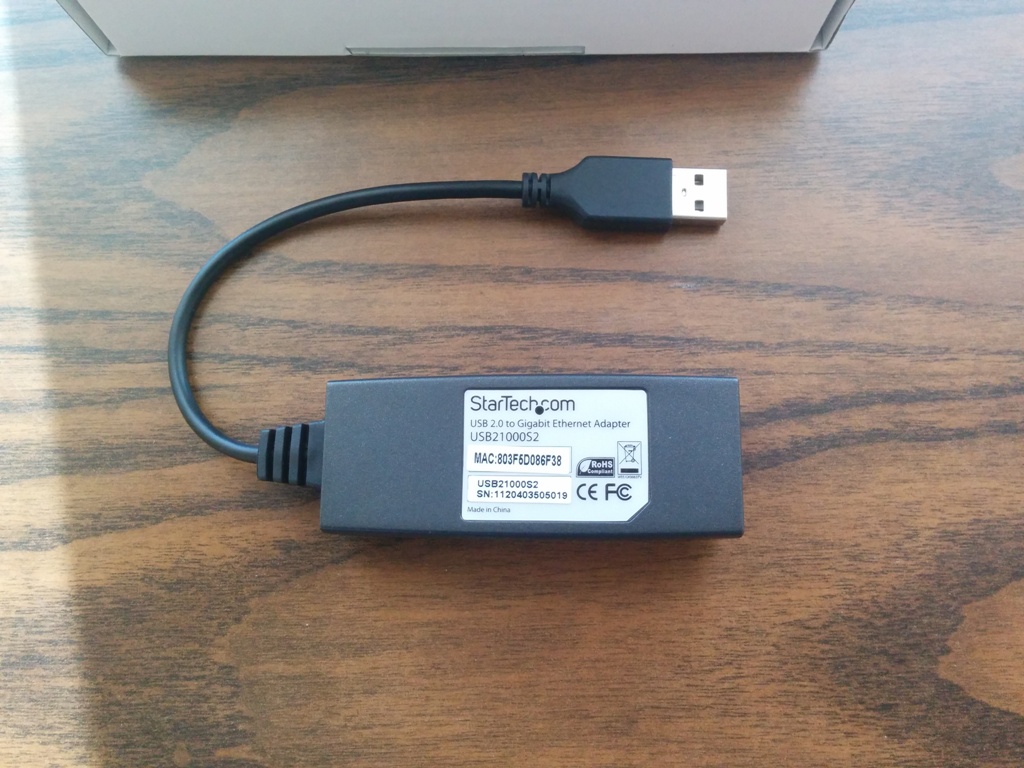 -- when I do I will update this page 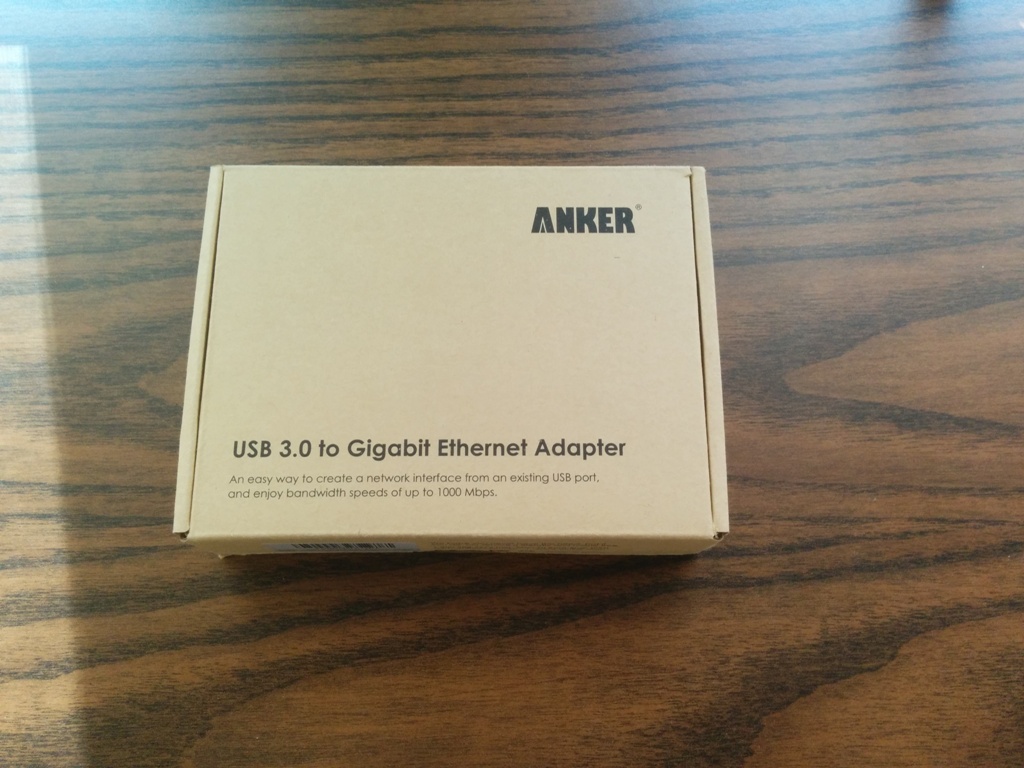 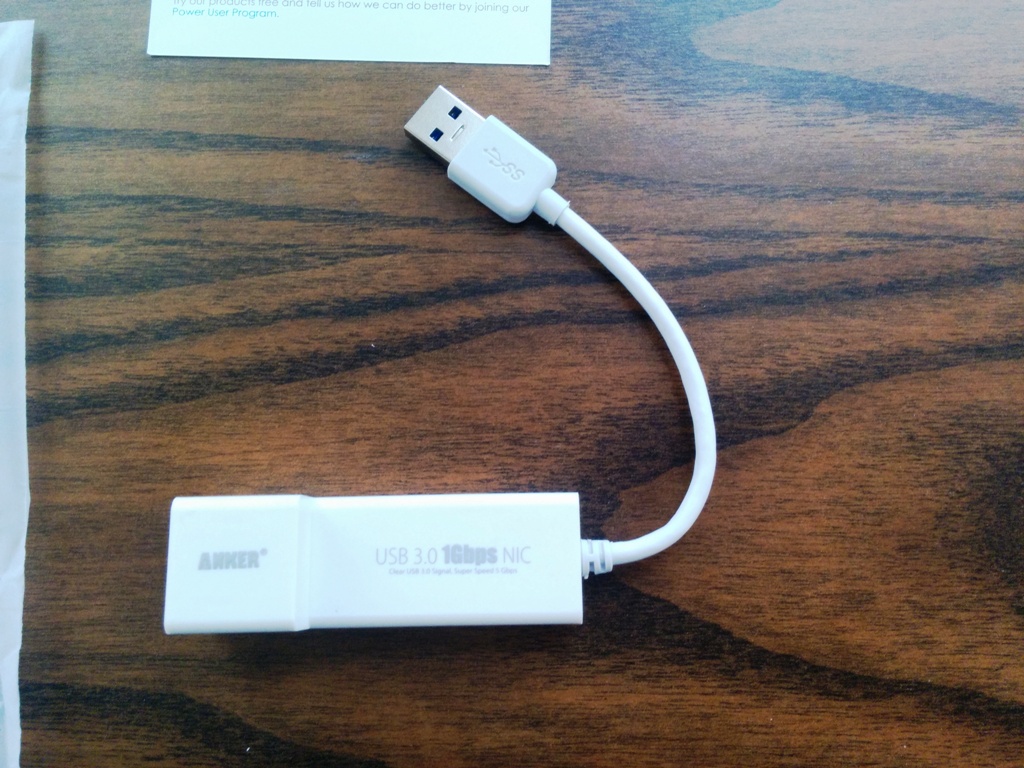 the source code file has a similar name to the reference in the bios [ SmscUsbNetDriver.efi ]

to pxe boot the laptop must have secure boot disabled, legacy support enabled and [network] in the boot order

this is no longer theory, a StarTech USB21000S2 adapter was been ordered and tested and performed exactly as expected.

Legacy mode does not enumerate the device, but upon boot order selecting [network] it detects and runs the built in BIOS device driver for starting the USB NIC and proceeds to PXE boot using it

UEFI mode does enumerate it and offer it up as an IPv4 or IPv6 device, however selecting either has not successfully worked for PXE boot, it appears either there is something else in the BIOS that needs additional configuration, or that the BIOS procedure for UEFI is not working, determining if it is the BIOS driver for the USB NIC or the BIOS procedure for UEFI PXE will have to wait until i can test an additional USB NIC device, like the Anker RTL8153

The XPS laptop and Venue tablets appear to share many commonalities:

Dell has a page that recommends the Smsc LAN7500 usb to ethernet dongle, and used to sell it direct, but does not appear to sell it any longer, or is out of stock, this was for the xps 13 laptop - but it appears to also apply to the xps 15 9530

Since the XPS 13 does not have an Onboard NIC, a USB to NIC dongle needs to be used for deploying an OS.

If you are using a USB NIC based on the SMSC LAN 7500 chipset, the A09 WinPE CAB and XPS 13 driver pack includes drivers for this device.

The Startech USB21000S2 USB NIC uses the LAN7500 chipset and is available from Dell.

The XPS 13 with BIOS A05 or higher, supports PXE boot with LAN7500 chipset based USB NICs.

Note:  If you chose to use a different USB to NIC dongle for network based Operating System deployment, you will need to inject the specific driver for such device in WinPE.

the Dell Model D3000 superdock has an ethernet port, it is not supported by the BIOS in the XPS 15 9350, for PXE booting, it has a DisplayLink Network Adapter NCM, Action Star Enterprise Co., Ltd. ethernet NIC attached to the end of a USB bus
Posted by John at 10:34 PM