The GPD P2 Max is a hand held (Ultra) PC that weights around 600 grams. It comes preinstalled with Windows 10 and can run Windows 8.1 but really shines when running Windows 7.

It appears however this is simply an arbitrary cutoff as Windows 7 can be installed and runs perfectly fine on the GPD P2 Max.

The BIOS of the GPD P2 Max does not have a Legacy CSM BIOS extensions for supporting the INT10 interrupt call which some of the installers and post install support systems depend on.

This has led to many people trying and eventually giving up installing Windows 7 on platforms without the CSM support.

Most BIOS today are not really 16 bit BIOS, but rather UEFI Firmware pre-boot operating systems. As such a small program or shim can be written and loaded into memory before the User operating system boots in order to provide features like an INT10 BIOS call routine.

The consumer program called Flashboot Pro provides such a program and offers it during the creation of a USB boot media thumb drive for installing Windows 7. In addition it offers to inject generic copies of NVMe SSD and USB3.0 device drivers to assist with boot hardware that depends upon those devices since those technologies did not exist when the original Windows 7 installation media was mastered.

After booting from the thumb drive (which requires a keyboard combo of FN+DEL to get into UEFI bios and selecting the USB boot media as preferred) . The Windows 7 installation proceeds as normal.

After first boot and user setup.

Several orange safety cones in the device driver manager alert the user to missing device driver support for some of the  hardware attached to the mainboard of the GPD P2 Max. The physical keyboard also doesn't seem to work, so I used the onscreen keyboard to complete setup.

Most driver issues can be resolved by downloading and running the Internet enabled Snappy Driver Installer application. Its advisable to take things slow and repeatedly backup using a full system imaging tool like Macrium Reflect and a bootable large USB thumb drive to capture and deploy backup images.

Its faster to restore from a Macrium image backup to a working condition than to repeat the Windows 7 installation procedure.

The most important device driver to replace or update is the windows standard video driver. By default the Basic device driver runs in the maximum pixel resolution of the LCD display possible and this can be very hard to navigate.

Windows Update and Snappy Driver Installer will Not be able to deliver a working Intel HD device driver for the GPU built into the Mobile processor.

Rather you need an Intel HD device driver of a particular vintage which supports both Windows 7 and Windows 10 installs. Many of these have been removed from the web by Intel. Third party sources still abound.

The INF file for the graphics folder needs to be modified after downloading it so that the device ID when atttached ot the PCI bus matches the device driver to install in the INF file.

Its rather confusing if you look at the problem straight on.

The literature says this CPU should have an Intel HD 615 GT2 GPU. However that device driver does not work.

What does work is the device driver for an Intel UHD 620 GT2, but once all the Intel support tools are installed they report the GPU as an Intel HD 630 GT2

Basically.. ignore the confusion and declare victory and move on.

The device driver is fully functional and video playback is superb and quite reliable.

If I had to guess I would think the confusion arose because they released an enhanced version of the Mobile CPU and partnered it with a later more capable GPU and didn't bother updating or creating a specific device driver for Windows 7. Instead they used a later GPU which was already partnered with older CPUs which already had working Windows 7 device drivers. So effectively it has an older higher performance GPU for which there is a Windows 7 device driver.

This CPU was the first 14 nm process (smaller) die which could accomodate the larger older higher performance GPU.. so the result was a win-win for the customer.

Effectively.. I "guess" they preleased what they thought would be accurate information at the time, and changed the die design during production, once they found they had the capability.

Windows 7 Aero is fully functional, DirectX11 is available. The Windows Experience Rating is 6.8 out of 7.9 possible exceeded only by the higher performance of the CPU. The weakest link is the high performance GPU.

I am not a Gamer.

But I would assume this is a sweet spot for gamers, this is the scenario you would prefer.. to have a more capable CPU partnered with a high performance GPU. Closely matched in fact to take best advantage of the strengths of each. 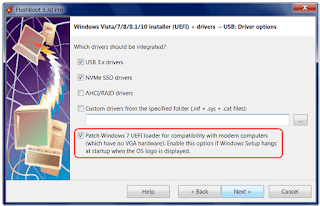 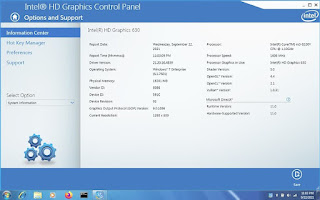 Black Snow, A Fast way to Warm up Mars

The Martian moons Phobos and Deimos are made up of some of the darkest material in the Solar System. If a solar powered mass driver were placed on Phobos it could be mined for the dark material and used as a kind of rocket fuel by the recoil of the mass driver hurling mined slugs of the material into and over the Martian Polar Ice Caps.

This would also change the orbit while also lowering its mass, and eventually place it in a Polar orbit. Larger chunks could then be deployed to continue to cover the Polar caps with Dark Carbon like material which could absorb light and melt the polar caps.

The lowering of the mass of Phobos would make it more likely to break apart and easier to mine, close to the Roche limit it should be very easy to redirect huge portions into a controlled break up over the Martian polar caps to maximize coverage and heating effects.

As relics of the Frost belt and being in orbit about Mars when it lost most of its water there is also a good chance a significant portion of the material may contain water and could be salvaged for rocket fuel for orbital travel and deceleration of incoming spacecraft.

Deimos being in a higher orbit and smaller, could also be used as an Electromagnetic dynamo to create a sustained magnetic field. Powered by its orbital kinetic energy, by trailing a long dipole antenna from the moon a distance towards the planet.

This was proven in an experiment conducted on the space shuttle in Earth orbit. Scaled up.. it should provide some protection at certain altitudes for any travelers or bases in orbit.. as from a solar flare.. and on the surface at certain latitudes.