Getting a copy of EDIUS is expensive and rather hard for the older versions. Being as its basically from Japan and I understand it I can understand there would be some challenges. 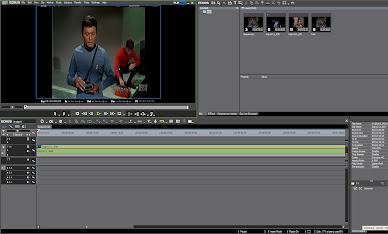 I have EDIUS Pro 6.5, following the "Pro" model - this includes a software waveform and vectorscope feature. The non-Pro version effectively leaves that feature out among other things.

Its got a fast, snappy response and a proxy system for pre-render that speeds up the editing process on lower powered machines.

But what really makes it interesting for me, is that EDIUS seems to work well with AJA Kona, Blackmagic Intensity Shuttles, Express USB3.0 and Thunderbolt devices, and the entire line of Canopus capture devices.

There are some quirks depending on the device, some only play sound in preview, while capturing, some don't at all.. but by the time of this type of software, it was more common to also output the incoming signals through a second set of jacks to an analog monitor setup like an LCD monitor or TV and speakers or headsets.

EDIUS 7 was the last version to support Matrox mini and MXO2 hardware, but I think that may be because either Matrox desupported them, or because of the lack of 64 bit device drivers for some older gear. Its seems Adobe Premiere Pro went through something similar between CS 4 and CS5.5 where CS5.5 was 64 bit only and offered a gratius copy of CS4 for 32 bit operating systems.

EDIUS 10 (X) is available for Windows 10 and Windows 11, but I am not sure if it retains the ability to support older capture gear.