The Blackmagic Designs H.264 was really an Analog or SDI or HDMI to h.264 hardware codec device that transferred an MPEG-4 Transport Stream file over USB 2.0 to the host file system.

Initially it was usable only with Media Express, but later an opensource program called MXTiny could access it and capture to the local file system.. but also spawn VLC - VideoLAN Client to "Postview" the recording stream during the capture, playing the file from the file system after it was stored there. 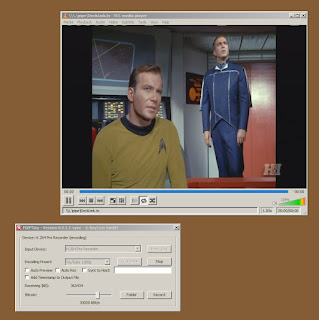 This has value since if the video stream were not streaming or there were something wrong with the audio levels, then the capture could be stopped and corrections made without investing a lot of time and restarting the capture later.

Its not quite what video capture was with a true Preview window.. but its a clever and innovative "meeting the conceptual method" half-way.