Didn't take as long as I thought. The HP stream book BIOS will recognize and can be set to autoboot from a USB flash drive with a GPT, EFI partition and a native NTFS file system on an uncertified "Removable" type disc. Boot time 25 sec, shutdown time 12 sec..

Your not supposed to be able to this, for several reasons. 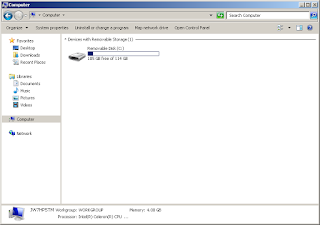 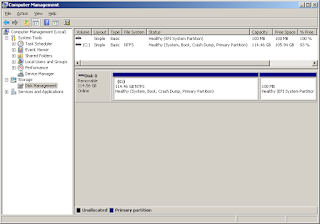 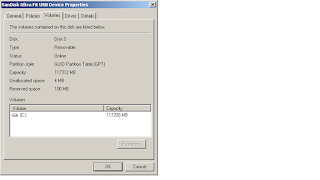 First Windows 7 up through Windows 10-1703 would "recognize" a USB Flash drive as type "Removable" and (A) Prevent creating Multiple Partitions - so no seperate EFI partition was possible (B) if Multiple partitions were somehow created on another operating system and present, it would enumerate with a drive letter only the "First" Primary partition it found with a supported file system, or the "First" logical partition if no others were found - Since Windows always created three to four partitions in the order - EFI, WinRE, Boot/System, Recovery - the Boot/System would never be enumerated and thus setup files could not be copied to the partition.

Certain [very expensive] "Certified for Windows To Go Win8, Win10" USB flash drives for the elite editions - could have their Removable RMB "bit" set in software to "announce" themselves as disc type "Fixed" - which would allow on Win8 or Win10 to create special Windows-To-Go bootable discs.

And if you actually did have a special certified disc and but not a special edition of Win8 or Win10 - it would refuse to continue during Windows setup at the point when you had answered all of the prior interview questions and committed to install - The message would say USB and IEEE1394 connected devices were not supported for install.. this includes SSD or external hard drives connected by a USB or Firewire connection.

This is a lot of barriers stacked against even the possibility of making this happen.

Most bootable USB Windows To Go, builder tools generally can't work around all these barriers.. some "will" partition the whole drive as type disc MBR and format one partition as FAT32 and copy a SysPrep style unattended setup.. to install Windows 7 regardless of the barrier to not install Windows 7 on a USB or Firewire disc.. it gets around this by "by-passing" the "guided interview" step that allows the Setup program to detect its an unsupported device and halts the setup.

Then you would have to have a BIOS that supports USB 2.0 booting from an MBR disc and has Legacy CSM and can boot Unsecure (unsigned) kernels like Windows 7 - which this type of computer all but disappeared after 2012 when USB 3.0 ports became the norm on nearly all platforms seeking to support Windows 8.0 - Windows 7 does not come with in box device drivers, and certainly not Boot time enabled "signed" device drivers for USB 3.0 ports - without a boot time device driver to power up and enable the port and enumerate and preset any attached USB device, the storage for the Boot/System volume is simply not available to the Windows kernel and start up would halt.

You can auto install a selection of USB 3.0 and NVMe, ACHI device drivers into all of the boot.wim and install.wim "clg" or class group (editions or versions) on a multi-install media ISO and build an MBR bootable SysPrep installer.. but different USB 3.0 hardware controllers exist - for those you can use the dism.exe tool to manually /forceunsigned install more drivers which will prevent a STOP 0xc0..07B error.

You [can] rearrange and partition two partitions on an uncertified USB flash drive, so a native EFI-FAT32 partition exists.. which a BIOS looking for a GPT partitioned disc [can] find and offer to auto boot  - by placing the NTFS partition [before] the EFI rather than [after] which is the "norm" with the Windows Setup partition creation step (and rather un-intuitive) the BIOS UEFI-GPT-FAT32 routine can find the EFI partition by its format type (FAT32) even on a large GPT disc quickly and find the UEFI bootloader and BCD store that directs it to the NTFS partition and loads the USB 3.0 device drivers boot before kernel start-type.. which loads the USB 3.0 device drivers into memory before the windows kernel.. making the USB 3.0 ports live and the devices attached to them accessible for fetching the remainder of the Windows System.. bootstrapping the SysPrep installer and completing the normal boot Windows installation.

You can take advantage of those [pre-existing] NTFS then EFI partitions to make a Boot and System partition with bootable SysPrep image for Windows 7 and enable complete setup and install.

That seems a lot of balls to juggle.

But this has Usefulness beyond this "one application" it means that USB 3.0 devices other than flash drives attached to USB 3.0 ports can be used as installation targets.. including USB Fixed HDD drives - which are normally excluded from the Setup program as a target, and Firewire attached drives. External SSD and IEEE 1394 devices are generally faster more reliable and easier to find than a high capacity USB flash drive which might wear out sooner than later. - But with 3 and 5 year Flash Drive warranties.. its mostly a personal file backup hygiene issue.. Backup4Sure is a really good folder to zip container automated backup tool which is really great for this purpose.

In old Apple terms this is a [Target Mode] boot capability for all Windows (versions) allowing many recovery and backup scenarios, or forensic and diagnostic modes. On current and UEFI only hardware. CSM and GOP boot gates are still a minor nusiance.. but can be circumvented to permit pure UEFI environments to also work the same way.

Ultimately this all boils down to a simple setup procedure.

The maintenance and adding of device drivers now depends on one command line command for adding new device drivers to the offline image while the USB drive is plugged into a Win7 or higher computer and its mounted as a plain file storage device.

No .wim files, No .vhd or .vhdx images or ISO images are used on the USB flash drive, they are all plain and simple NTFS file system files.. and thus are not limited by any 4 GB file system limits as might be imposed by using a FAT32 file system for the flash drive. Any file can be updated on another system or copied and replaced at any time.

Its a very flexible and low maintenance.. and very 'familiar' tech support style approaching that which was available with DOS FAT discs many years ago. - Even SSD portable drives were excluded from being used as "bootable" Windows To Go devices with Windows 7.

I used a [ SanDisk Ultra Fit USB 3.0 - 128 GB - 150 MB/s - Flash Drive ] for this which is roomy and fast, but it should work with many other styles and types of USB 3.0 media. The onboard eMMC flash on the HP Stream G2 was undetected and inaccessible.. but is inexpensive and hard to replace or upgrade storage.. it also holds a copy of Windows 10.. it can be used as a backup method of booting the netbook.. and backing up or copying files to the USB 3.0 flash drive when the Windows 10 operating system is taking the lead as the "Online" operating system. It can fully see and enumerate the NTFS partition on the flash drive and natively mount and read write the NTFS files on it. For some reason however.. the Windows 10 native boot is vastly slower than booting from the USB 3.0 flash drive.. and much much slower at shutdown.. performance wise I do not know if this is a failing in the Windows 10 operating system itself.. or whether it is due to the poorer performance of the onboard eMMC storage that is built into the netbook.

In any event it is quit a flexible and high performance upgrade to downgrade from Windows 10 to Windows 7 and boot from the USB 3.0 flash drive.